(notes for a talk that will never happen) 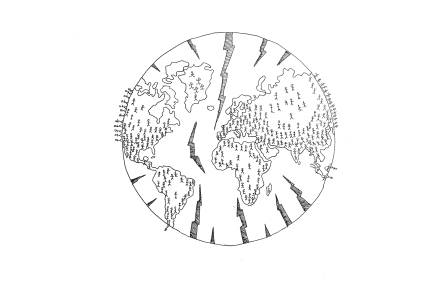 As we know, we have a bit of a problem with our planet. We are breaking it.
We call that Climate Change.

To be precise, we are not breaking the planet itself, we are ruining the conditions for us to stay here longer. It’s a self destruction path that might bring to the extinction of humanity.

We have too many farthing activities: agriculture, industry, mobility and buildings. Every single day, tons of carbon dioxide and other green house gas are delivered into the atmosphere warming up the planet.

As a result, arable land is reducing, and producing food for a growing population that will soon reach the 8 billion people will be a more and more difficult task.

If we want to stay longer, maybe we should do something. 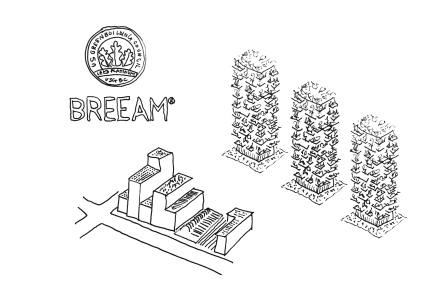 I’m an architect, and my category is responsible for the large impact of the built environment on climate change. There is a lot of working going on to minimize this impact, and some of the solutions are very promising.

One of the major efforts is the development of technologies and methodologies related to energy efficiency and sourcing from renewables. Certifications as LEED or BREAM are becoming more and more important and make a difference.

A third important phenomenon is urban forestry, a movement for the transformation of the urban environment from deeply cemented to deeply green, producing food and oxygen while fixing carbon dioxide and pollution.

What if we were to do more?

I think that photosynthesis is certainly part of the answer. That’s why I believe in microalgae.

That’s great! They do exactly the opposite of what we do. And in a very efficient way.
And there’s more.

Some species of Algae are also a very healthy food. I’m sure you all know Spirulina, probably the most nutritious food on the planet, catalogued as Super-Food by the UN Food and Agriculture Organization (FAO).

Other algae species can be used to produce valuable bio-chemical compounds like pharmaceutics, cosmetics, bio-plastics and even bio-fuels.

Some algal biomass has also a decent value on the market and can generate profit.
And it can be cultivated without using arable land.

So the question is: can we introduce microalgae production systems as a new green building technology?

The answer is Yes, we can use microalgae to mitigate the impact of the built environment on climate.

Such system will reduce CO2 emissions from buildings, clean air and water, and produce valuable algal biomass. They can generate an income from the selling of the biomass and the reduction of the energy needs for heating and cooling.

But it’s not as easy as it might seem.

The systems to grow microalgae are complex, they need important maintenance, operations are expensive, an efficient energy balance is difficult to achieve, and most importantly a positive economic balance is very hard.

In most cases it’s a disaster.

But still, it’s an amazing story, and I believe strongly in possible future applications of algal biotech in architecture. That’s why over the last few years we have been working on many different types of algae systems through a project series called the Lilles.

The aim of the Lillies series is to develop concepts of microalgae production systems to become a new green building technology.

I have to admit that most of the Lillies have been great failures!

Some of them were over-designed, with wrong materials, others had very bad production yields, they were too small, or too big, or too expensive, they had complicated systems, consumed too much energy, and were totally unreliable.

At some point we joined a team of microbiologists, and things began to get better.

What we understood is that we had to begin to think as algae do.

Algae are here since a very long time! They are considered the first living organisms that appeared on the planet some 3 billion years ago. The longest inhabitants of our planet.

As the current rulers of this world, we tend to forget that we have been here for only a very short time. A few hundred thousand years. Nothing, compared to algae.

So it makes sense not only to use algae to fix our planet, but also to look at them to understand how they managed to survive for such a long time.

What are their strategies? What is the Algal Natural Intelligence that drives them through centuries and millennia?

If we call Natural Intelligence the way that living organisms use the laws of physics and chemistry to grant the survival of their species, we have to highlight its key features.

Learning from microalgae, we observe 3 main features of Natural Intelligence:

The first feature is SIMPLICITY: micro-algae are mono-cellular organisms. The simpler living organism we know. Nevertheless they can accomplish incredibly complex things such as photosynthesis.

The second feature is ADAPTABILITY: they can modify themselves through mutations accordingly to the variations of the surrounding environment and communicate these variations in space (with other homologue cells) and time (through genetic modifications), giving birth to a wide range of species deriving from the same original organism.

And the third feature is METABOLISM: it’s about the energy management system. Only the most efficient solutions allow the survival of the species and are inherited across generations. They often optimize metabolism activities also through symbiotic relationships with other organisms. 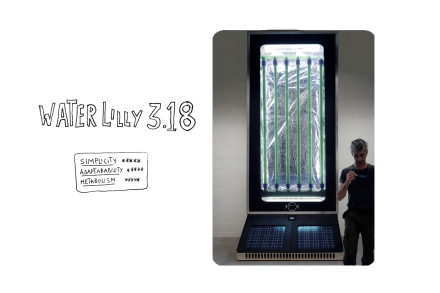 The latest member of the Lillies family, WaterLilly 3.18, is the result of having thought like an algae. It has been designed bridging the three features of Algal Natural Intelligence into Design.

It’s simple, adaptable, and has a great metabolism.

The system is as simple as possible, easy and fast to produce and reproduce. Not minimalist, but affordable and reliable, with less pieces that can break.

It’s adaptable in different configurations according to environmental or programmatic variations. It could work in interiors applications or in facades. All components are accessible and easy to replace in case of failure. It’s optimized for growing Spirulina but can easily be adapted to other species.

Its metabolism is optimized in all phases, from construction, through active life, to dismantling. It’s been conceived using only low embodied energy solutions, and avoiding any fossil based material. It can cover its electricity needs by using solar energy.

In other words, it’s a simple, adaptable, and efficient Naturally Intelligent Design that generates profit, doesn’t hurt the planet, and contribute to fix it.

In 2018, we have built and tested a full scale prototype, and it works!

It’s still in the studio and we are working to make it a profitable new technology to be applied in larger scale. We hope to see soon a building equipped with the next Lillies.

Now imagine: if all buildings would be equipped with such naturally intelligent systems, they would give an active contribution to fixing the planet, allowing us to stay here longer.

If we do it with algae, it also has the poetry of using the origins of life to avoid its destruction.